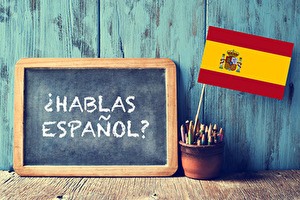 When going on holiday it is always handy and polite to know the basics of the language of the country you visit. To connect with local people is much easier when making an effort. Spanish people love it when you make such an attempt.

Did you know that between 320 and 400 million people around the world speak Spanish as their first language and millions more as their second language? Therefor Spanish is one of the most widespread and important languages ​​of the world today.

So, let’s get started with some basic sentences to help you getting around.